Yesterday, on the Thames, in a bizarre battle of political flotillas, we got a glimpse of the elite rage that motors much of the Remain camp. On one of the pro-EU boats, Bob Geldof, a knight, superbly well-connected, who has earned millions, made wanker gestures and gave a two-fingered eff-you to the people on the anti-EU boats — who were mainly fishermen whose livelihoods have been wrecked by Brussels. 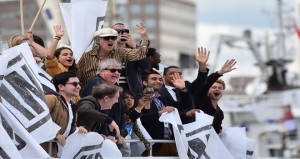 One of these fishermen, his face ashen with desperation, shouted — almost cried, in fact — about earning £50 a week and not knowing where his next mortgage payment is going to come from, largely thanks to EU regulations on the fishing trade. Wealthy, influential Geldof was laughing and jeering at people like that.

In this image, in this snapshot of the rich mocking the poor, we saw a side to Remain that is usually buried beneath all their jabber about being cosmopolitan and post-borders and whatnot. We saw a distillation of how the people of Britain are generally lining up on the issue of the EU.

People at the bottom of society — the poorest, the oldest, the least well-educated, the most screwed over — are drawn to Brexit. Meanwhile, the wealthy, banks, bosses, the art establishment, the cultural elites, the celebrity set, the broadsheet media and the top layer of the political class are agitating for Remain. The EU referendum has morphed into a fight between the Establishment and the masses, between an elite desperately keen to keep doing politics far away from the plebs, and plebs who want more political say.

ER recommends other articles by The Spectator

For a European perspective on the news, please visit TLB at www.europereloaded.com 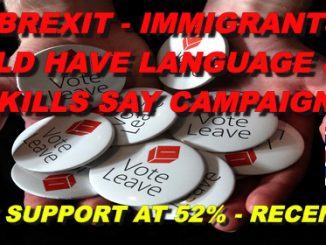 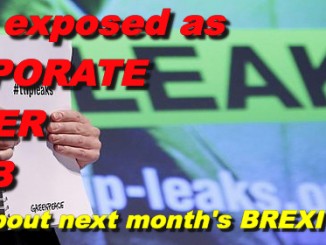 1 Comment on The Brexit debate has exposed the Establishment