The cancel culture movement that has swept Hollywood and social media is moving more aggressively into the business world as the anti-Trump backlash against Goya Foods illustrated in recent days.

Some liberals have targeted the Hispanic foods company for boycott after its CEO Bob Unanue publicly made positive comments about President Trump. The president and his supporters, meanwhile, have rallied around the company.

The episode illustrated the lightning speed the cancel culture movement can muster.

During remarks at a White House event related to a Hispanic Prosperity Initiative, Unanue hailed his grandfather, who founded Goya in 1936.

“We’re all truly blessed at the same time to have a leader like President Trump who is a builder. And that’s what my grandfather did, he came to this country to build, to grow, to prosper. And so we have an incredible builder and we pray, we pray for our leadership, our president and we pray for our country that we will continue to prosper and to grow,” Unanue declared during the event.

The backlash was almost instant. 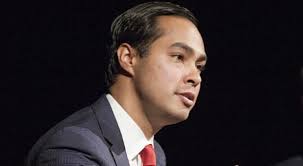 Former Democratic presidential candidate Julián Castro, who previously served as the Secretary of Housing and Urban Development during the Obama administration, on Thursday urged Americans to “think twice” prior to purchasing Goya’s goods.

Julián Castro@JulianCastro
.@GoyaFoods has been a staple of so many Latino households for generations. Now their CEO, Bob Unanue, is praising a president who villainizes and maliciously attacks Latinos for political gain. Americans should think twice before buying their products. #Goyaway

Goya Foods CEO Robert Unanue: "We're all truly blessed… to have a leader like President Trump who is a builder." pic.twitter.com/2VdG4qAnpK

Progressive icon Rep. Alexandria Ocasio-Cortez, a New York Democrat, also expressed her displeasure on Thursday: “Oh look, it’s the sound of me Googling ‘how to make your own Adobo,'” she tweeted.

Unanue during a Friday interview with “Fox and Friends” defended his decisions and noted that he had previously engaged with former President Barack Obama and First Lady Michelle Obama. When asked about the boycott targeting Goya, Unanue remarked that “it’s suppression of speech.”

But on the other side of the political aisle, Republican politicians including Trump provided full-throated support for the company.

“Goya is a staple of Cuban food. My grandparents ate Goya black beans twice a day for nearly 90 years. And now the Left is trying to cancel Hispanic culture and silence free speech. #BuyGoya,” Cruz tweeted.

And most of the ones who do will cave by #NocheBuena pic.twitter.com/lKydzqpXuA

“Want to know the best way to fight #CancelCulture? Support American businesses like @GoyaFoods that the Left demonizes. At the Schlapp household, we’ll be having one of these tasty dishes for dinner tonight. #BuyGoya #BuyAmerican,” he tweeted.

But people on the political right have at times engaged in boycotts.

Ted Cruz in 2019 tweeted about his decision to stop buying Nike products after the company pulled a shoe with a design that included a Betsy Ross flag.

I love America. I stand for the anthem, respect the flag & honor the men & women who fought to defend our Nation. I respect Free Speech & I’m exerting mine: until @Nike ends its contempt for those values, I WILL NO LONGER PURCHASE NIKE PRODUCTS. #WalkAwayFromNike RT if you agree. https://t.co/IvXNTgvlHq

President Trump tweeted in June after the U.S. Soccer Federation repealed a policy that required players to stand during the national anthem: “I won’t be watching anymore!”

Trump recently spoke strongly against cancel culture during his July 3 address at Mount Rushmore, describing it as a “political weapon.”

“Angry mobs are trying to tear down statues of our Founders, deface our most sacred memorials, and unleash a wave of violent crime in our cities. Many of these people have no idea why they are doing this, but some know exactly what they are doing. They think the American people are weak and soft and submissive. But no, the American people are strong and proud, and they will not allow our country, and all of its values, history, and culture, to be taken from them,” the president said.

“One of their political weapons is “Cancel Culture” — driving people from their jobs, shaming dissenters, and demanding total submission from anyone who disagrees. This is the very definition of totalitarianism, and it is completely alien to our culture and our values, and it has absolutely no place in the United States of America,” he added.

“This attack on our liberty, our magnificent liberty, must be stopped, and it will be stopped very quickly. We will expose this dangerous movement, protect our nation’s children, end this radical assault, and preserve our beloved American way of life,” Trump declared.

EXPOSED: The Secret TRUTH about the FBI is not so different than their suspects