Federal cases increased by 20 percent over a two-year period 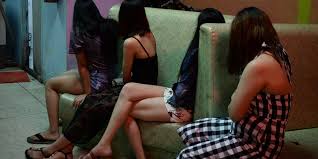 A child sex trafficking ring that operated blocks from the White House was one of the trafficking rings broken up by federal agents over a two-year period, WRC-TV reported.

What are the details?

The TV station examined U.S. Justice Department data on trafficking cases between 2015 and 2017 and found that the number of people facing federal trafficking charges increased by 20 percent, according to its report. Case files from Virginia and Maryland showed that trafficking crimes often turn into federal cases because the criminals cross state lines while selling girls for sex, the TV station found.

“Traffickers move people up and down the East Coast, traveling through Richmond, Washington, D.C., and Baltimore,” Zachary Terwilliger, U.S. attorney for the Eastern District of Virginia, told the news outlet.

In one of the cases from 2017, two Prince William County men “advertised a 15-year-old girl online and sold her for sex at hotels in Maryland, Virginia and Washington, D.C.,” according to the report. The TV station obtained surveillance footage that showed the men driving the victim to a hotel, where she was sold for sex just six blocks from the White House.

What about this surge?

An anti-trafficking organization, the Polaris Project, reported that the number of cases reported to a national trafficking hotline surged by 25 percent in 2018.

“The significant increase in cases we’re handling this year is a reflection of the more targeted and better-informed efforts to raise awareness about the true nature of human trafficking in the United States,” Caroline Diemar, director of the National Human Trafficking Hotline, told WRC.

Law enforcement and victim advocates say the impact is severe. The trauma that traffickers inflict on their victims can last long after justice is served.

“A number of victims are still under the control of their traffickers. They’ve been manipulated. They feel a lot of trauma because of what has happened to them,” said Maureen Cain, a federal prosecutor in Alexandria who handles trafficking cases.

Although the increase in arrests and prosecutions is a positive development, the problem of trafficking is not new, said victim’s advocate Elisabeth Corey.

“In the past, there just wasn’t a name for it, and there weren’t enough people saying this is wrong,” said Corey, who also writes a blog on the topic. “That’s what’s changing.”

(TLB) published this article from TheBlaze with our thanks for the coverage.

About the writer Teri Webster

Teri has worked as a staff writer in several major news markets across the country. More recently, she received a first-place national award for long-form journalism from the Association of Alternative Newsmedia. She may be reached at twebster@blazemedia.com.

Agenda 21/30, The United Nations & The Domestic Enemies From Within [Video]