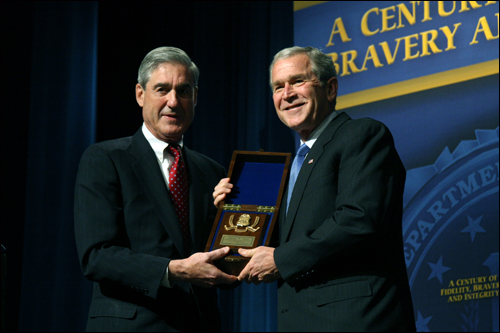 A sordid story about the FBI’s involvement with organized crime in Boston has shed new light on the character of Special Counsel Robert Mueller, a man that the media has assured us is “beyond reproach.”

During Boston’s mob wars in the 1960s, a low-level street criminal named Teddy Deegan was gunned down in an alley in Chelsea, MA. Deegan was killed by two Mafia gunmen who were also FBI informants, named Joe “The Animal” Barboza (pictured) and Jimmy “The Bear” Flemmi. The FBI immediately knew that Barboza and Flemmi were the killers. In order to protect its informants, a conspiracy to convict four innocent men was hatched.

Henry Tameleo, another one of the innocent men sent to prison for the Deegan murder, died behind bars in 1985. Peter Limone and Joe Salvati, who were also framed by the FBI, were finally released from prison in the 1990s. Joe Barboza killed dozens of people for the Mafia and continued his killing spree even after the government placed him in the Witness Protection Program. 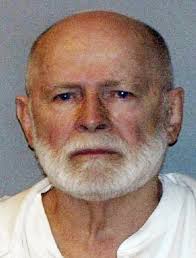 If this all sounds vaguely like a Martin Scorcese film, you’re not far off the mark. Jack Nicholson’s character in “The Departed” is loosely based on Winter Hill Gang boss Whitey Bulger (pictured here)(remember that name). Bulger was an FBI informant and had several Boston FBI agents on his payroll.

How is a conspiracy to keep four innocent men in prison for decades perpetuated? Through the tireless efforts of public servants who are “beyond reproach,” such as Robert Mueller.

Barboza told numerous reporters over the years that Louie Greco — the disabled World War 2 veteran — was not in the alley the night of the Deegan murder. The FBI’s files named Barboza and his accomplices as the murderers. Journalists wrote and published books about the four innocent men who were rotting away in prison for the Deegan murder.

But year after year, the Massachusetts Parole Board refused to let them out. Two crooked FBI agents who were on Whitey Bulger’s payroll used to go to the Parole Board and intimidate its members, to keep up the conspiracy. The US Attorney in Boston also sent letters to the Parole Board, insisting that the innocent men were guilty and should be kept behind bars.

Spoiler Alert: Robert Mueller was the US Attorney in Boston in the 1980s.

As the US Attorney, Mueller knew exactly what was in the FBI files on this case. He would have read them annually before sending those letters to the Parole Board. Therefore, Mueller knew that Joe Barboza and Jimmy Flemmi were the real killers. Mueller lied to the Massachusetts Parole Board to protect Mafia hitmen and to keep innocent men in prison.

In 2007, two of the surviving men and the estates of the two who died in prison were awarded more than $100 million in a lawsuit against the Justice Department for wrongful imprisonment. Joe Barboza was never punished for the murder of Teddy Deegan, but the American taxpayers were! We paid for the injustice that was perpetuated by the FBI and the DOJ for more than 30 years.

So, please tell us again how Robert Mueller is beyond reproach, Progressives. If Mueller was willing to let four innocent men languish in prison for decades over a crime they did not commit, do you believe for one second that an avowed enemy of the Deep State like President Donald Trump is going to be given a fair shake in Mueller’s investigation?

More about Mueller from (TLB) Contributing writer and TLB-TV host Bill Muckler as noted in his blog:

To the GOP: Trump You!

From ‘Made in China’ to ‘Owned by China’: Gobbling up U.S. assets

YouTube Gets Brutally Ratioed After Attempting Woke Takedown Of Thanksgiving