Rethinking National Security: CIA and FBI Are Corrupt, but What About Congress?

The developing story about how the US intelligence and national security agencies may have conspired to influence and possibly even reverse the results of the 2016 presidential election is compelling, even if one is disinclined to believe that such a plot would be possible to execute. Not surprisingly perhaps there have been considerable introspection among former and current officials who have worked in those and related government positions, many of whom would agree that there is urgent need for a considerable restructuring and reining in of the 17 government agencies that have some intelligence or law enforcement function. Most would also agree that much of the real damage that has been done has been the result of the unending global war on terror launched by George W. Bush and Dick Cheney, which has showered the agencies with resources and money while also politicizing their leadership and freeing them from restraints on their behavior.

If the tens of billions of dollars lavished on the intelligence community together with a “gloves off” approach towards oversight that allowed them to run wild had produced good results, it might be possible to argue that it was all worth it. But the fact is that intelligence gathering has always been a bad investment even if it is demonstrably worse at the present. One might argue that the CIA’s notorious Soviet Estimate prolonged the Cold War and that the failure to connect dots and pay attention to what junior officers were observing allowed 9/11 to happen. And then there was the empowerment of al-Qaeda during the Soviet-Afghan war followed by failure to penetrate the group once it began to carry out operations.

More recently there have been Guantanamo, torture in black prisons, renditions of terror suspects to be tortured elsewhere, killing of US citizens by drone, turning Libya into a failed state and terrorist haven, arming militants in Syria, and, of course, the Iraqi alleged WMDs, the biggest foreign policy disaster in American history. And the bad stuff happened in bipartisan fashion, under Democrats and Republicans, with both neocons and liberal interventionists all playing leading roles. The only one punished for the war crimes was former CIA officer and whistleblower John Kiriakou, who exposed some of what was going on. 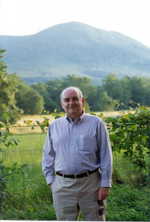 Colonel Pat Lang, a colleague and friend who directed the Defense Intelligence Agency HUMINT (human intelligence) program after years spent on the ground in special ops and foreign liaison, thinks that strong medicine is needed and has initiated a discussion based on the premise that the FBI and CIA are dysfunctional relics that should be dismantled, as he puts it “burned to the ground,” so that the federal government can start over again and come up with something better.

Lang cites numerous examples of “incompetence and malfeasance in the leadership of the 17 agencies of the Intelligence Community and the Federal Bureau of Investigation,” to include the examples cited above plus the failure to predict the collapse of the Soviet Union. On the domestic front, he cites his personal observation of efforts by the Department of Justice and the FBI to corruptly “frame” people tried in federal courts on national security issues as well as the intelligence/law enforcement community conspiracy to “get Trump.”

Colonel Lang asks “Tell me, pilgrims, why should we put up with such nonsense? Why should we pay the leaders of these agencies for the privilege of having them abuse us? We are free men and women. Let us send these swine to their just deserts in a world where they have to work hard for whatever money they earn.” He then recommends stripping CIA of its responsibility for being the lead agency in spying as well as in covert action, which is a legacy of the Cold War and the area in which it has demonstrated a particular incompetence. As for the FBI, it was created by J. Edgar Hoover to maintain dossiers on politicians and it is time that it be replaced by a body that operates in a fashion “more reflective of our collective nation[al] values.”

Others in the intelligence community understandably have different views. Many believe that the FBI and CIA have grown too large and have been asked to do too many things unrelated to national security, so there should be a major reduction-in-force (RIF) followed by the compulsory retirement of senior officers who have become too cozy with and obligated to politicians. The new-CIA should collect information, period, what it was founded to do in 1947, and not meddle in foreign elections or engage in regime change. The FBI should provide only police services that are national in nature and that are not covered by the state and local jurisdictions. And it should operate in as transparent a fashion as possible, not as a national secret police force.

But the fundamental problem may not be with the police and intelligence services themselves. There are a lot of idiots running around loose in Washington. Witness for example the impeachment hearings ludicrous fact free opening statement by House Intelligence Committee chairman Adam Schiff (with my emphasis) “In 2014, Russia invaded a United States ally, Ukraine, to reverse that nation’s embrace of the West, and to fulfill Vladimir Putin’s desire to rebuild a Russian empire.”

And the press is no better, note the following excerpt from The New York Times lead editorial on the hearings, including remarks of the two State Department officers who testified, on the following day: “They came across not as angry Democrats or Deep State conspirators, but as men who have devoted their lives to serving their country, and for whom defending Ukraine against Russian aggression is more important to the national interest than any partisan jockeying…

“At another point, Mr. Taylor said he had been critical of the Obama administration’s reluctance to supply Ukraine with anti-tank missiles and other lethal defensive weapons in its fight with Russia, and that he was pleased when the Trump administration agreed to do so…

“What clearly concerned both witnesses wasn’t simply the abuse of power by the president, but the harm it inflicted on Ukraine, a critical ally under constant assault by Russian forces. ‘Even as we sit here today, the Russians are attacking Ukrainian soldiers in their own country and have been for the last four years…’ Mr. Taylor said.”

Schiff and the Times should get their facts straight. And so should the two American foreign service officers who were clearly seeing the situation only from the Ukrainian perspective, a malady prevalent among US diplomats often described as “going native.” They were pushing a particular agenda, i.e. possible war with Russia on behalf of Ukraine, in furtherance of a US national interest that they fail to define. One of them, George Kent, eulogized the Ukrainian militiamen fighting the Russians as the modern day equivalent of the Massachusetts Minutemen in 1776, not exactly a neutral assessment, and also euphemized Washington-provided lethal offensive weapons as “security assistance.”

Another former intelligence community friend Ray McGovern has constructed a time line of developments in Ukraine which demolishes the establishment view on display in Congress relating to the alleged Russian threat. First of all, Ukraine was no American ally in 2014 and is no “critical ally” today. Also, the Russian reaction to western supported rioting in Kiev, a vital interest, only came about after the United States spent $5 billion destabilizing and then replacing the pro-Kremlin government. Since that time Moscow has resumed control of the Crimea, which is historically part of Russia, and is active in the Donbas region which has a largely Russian population.

It should really be quite simple. The national security state should actually be engaged in national security. Its size and budget should be commensurate with what it actually does, nothing more. It should not be roaming the world looking for trouble and should instead only respond to actual threats. And it should operate with oversight. If Congress is afraid to do it, set up a separate body that is non-partisan and actually has the teeth to do the job. If the United States of America comes out of the process as something like a normal nation the entire world will be a much happier place.

Ph.D., Executive Director of the Council for the National Interest.

Also by this author
.

Graham Asks ‘What Did Pelosi Know’ About Capitol Riot [Video]