COVID: How self-entitled frauds at Imperial College changed the world

It starts with Neil Ferguson, a failed computer modeler bankrolled by Bill Gates. Working out of Imperial College in London with a team, Ferguson predicted 500,000 COVID deaths in the UK and two million in the US.

His estimates fueled two gullible political leaders, Donald Trump and Boris Johnson, who then backed the horrendous lockdown policies that have devastated their countries’ economies. France, Germany, and other nations followed suit. 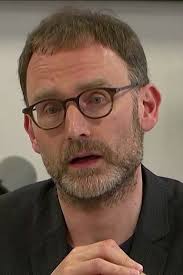 I have written about Neil Ferguson’s track record before. (Ferguson pictured here) Here are highlights, from an April 4, 2020, Business Insider article. The article tries to be a puff piece, but as it unfolds, the truth emerges:

“Ferguson’s team warned Boris Johnson that the quest for ‘herd immunity’ [letting people live their lives out in the open in the UK] could cost 510,000 lives, prompting an abrupt U-turn [massive national lockdown in the UK]…His simulations have been influential in other countries as well, cited by authorities in the US, Germany, and France.”

“On March 23, the UK scrapped ‘herd immunity’ in favor of a suppression strategy, and the country made preparations for weeks of lockdown. Ferguson’s study was responsible.”

“Dr Deborah Birx, coronavirus response coordinator to the Trump administration, told journalists at a March 16 press briefing that the Imperial paper [Ferguson’s computer projection] prompted the CDC’s new advice to work from home and avoid gatherings of 10 or more.”

“Ferguson co-founded the MRC Centre for Global Infectious Disease Analysis, based at Imperial, in 2008. It is the leading body advising national governments on pathogen outbreaks.”

“It gets tens of millions of dollars in annual funding from the Bill & Melinda Gates Foundation, and works with the UK National Health Service, the US Centres for Disease Prevention and Control (CDC), and is tasked with supplying the World Health Organization with ‘rapid analysis of urgent infectious disease problems’.”

“Michael Thrusfield, a professor of veterinary epidemiology at Edinburgh University (pictured here), told the paper he had ‘déjà vu’ after reading the [Ferguson] Imperial paper [on COVID], saying Ferguson was responsible for excessive animal culling during the 2001 Foot and Mouth outbreak [actually Mad Cow].”

“Ferguson warned the government that 150,000 people could die. Six million animals were slaughtered as a precaution, costing the country billions in farming revenue. In the end, 200 people died.”

“Similarly, he [Ferguson] was accused of creating panic by overestimating the potential death toll during the 2005 Bird Flu outbreak. Ferguson estimated 200 million could die. The real number was in the low hundreds.”

As if all this weren’t enough, professionals in the computer science field have looked into the guts of the code Ferguson’s team used to make their COVID projections. The discoveries are stunning.

For example, here are highlights from a detailed lockdownsceptics.org article, May 10, 2020, “Code Review of Ferguson’s Model”:

“…the original [Ferguson] program was ‘a single 15,000 line file that had been worked on for a decade’ (this is considered extremely poor practice).”

“Non-deterministic outputs. Due to bugs, the code can produce very different results given identical inputs. They [Ferguson and his team] routinely act as if this is unimportant.”

“This problem makes the code unusable for scientific purposes, given that a key part of the scientific method is the ability to replicate results. Without replication, the findings might not be real at all –…”

“…their code is so deeply riddled with similar bugs and they struggled so much to fix them that they got into the habit of simply averaging the results of multiple runs to cover it up… and eventually this behaviour became normalised within the team.” 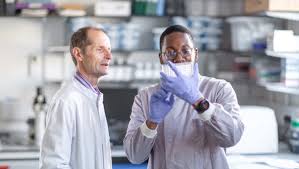 “Reports of random results are dismissed with responses like ‘that’s not a problem, just run it a lot of times and take the average’…”

So there is no misunderstanding—Ferguson and his team, using the SAME CODE, took the SAME SET OF DATA and ran these data, and obtained different results for different runs.

Ferguson and his team at Imperial College are, at best, delusional. In a world filled with actual computer-science experts, they chose to take a broken-down Model T Ford for a spin and made predictions that have led to the takedown of national economies and horrific human suffering.

And then, to cover their boggling faults, they floated the psychotic claim that AVERAGING the results of their individually crippled predictions would yield accurate and vital results.

Keep in mind, as I mentioned earlier in the article, that Ferguson’s work is bankrolled by Bill Gates. Gates wanted alarming predictions of deaths, leading to lockdowns—as a prelude to a COVID vaccine for every person on the planet. He got those predictions.

Minus Bill Gates and Neil Ferguson, plus a few staunch and sensible political leaders, we would be living and working OUT IN THE OPEN, WITH NO RESTRAINTS, through a season called “another year of the flu.”

‘So proud to have a woman justifying mass murder!’ Secretary of State Blinken roasted for calling Albright his role model [Video]