FEMA (Federal Emergency Management Administration) is planning for a massive solar storm that would be so strong, it would take down the power grid. Noting that the rare, yet “high-consequence” scenario has “the potential for catastrophic impact on our nation and FEMA’s ability to respond.” 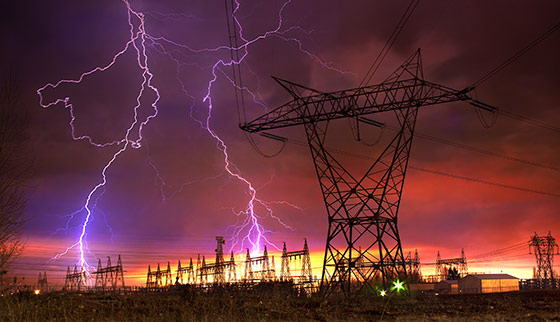 According to unpublished FEMA documents obtained by Government Attic, a FOIA (Freedom of Information Act) database and non-profit organization, the Department of Homeland Security agency once mapped out a disaster plan for the occurrence of another geomagnetic “super storm” like the one the occurred in 1859.

Back then, the sun flung a giant plume of magnetized plasma out into space. The coronal mass ejection (CME), the sibling of a massive solar flare, traveled the 93 million miles between the Sun and Earth in only 17.6 hours. Today, it’s known as the Carrington Event and is remembered by the largest geomagnetic storm in the history of recorded space weather.

No other storm has matched it in speed or magnitude. When the shock wave of accelerated particles arrived on September 1, 1859, the disturbances to Earth’s magnetosphere were so great that telegraph communications across Europe and North America went on the fritz. Sparks leaped from the telegraph infrastructure, and machinery was so inundated with electric currents that operators were able to transmit messages while disconnected from battery power. Compasses even wiggled, and brilliant auroras were reportedly seen as far south as the Caribbean.

But that doesn’t mean the ill-equipped government isn’t preparing for the inevitability, in fact, they are. Despite our superior ability to predict these events, the stakes are exponentially higher in a modern, hyper-connected world.  FEMA predicts that a geomagnetic storm of this intensity would be “a catastrophe in slow motion.” Space weather events happen all the time, and many are harmless. For example, an event causing radio blackouts, solar radiation storms, and geomagnetic storms would be abnormal, yet the ripple effects on the power grid and communications would severely limit FEMA’s ability to respond to a nationwide crisis.

Within 20 minutes of the CME’s occurrence, FEMA estimates that 15 percent of the satellite fleet would be lost due to solar panel damage. Solar radiation from the incoming storm would add “3-5 years worth of exposure” to the panels, degrading older satellites to the point of inoperability. Low orbiting satellites, such as Iridium and Globalstar, may be less affected. Cellular service would be disrupted, and a loss of GPS capabilities could complicate FEMA operations. –Motherboard

Should a storm of this magnitude hit, there wouldn’t be much the government can do. And of course, this would be the perfect opportunity to round up the masses for a trip to a FEMA camp. Individuals would need to band together to help get things back online, but it would all take time.  Those in heavily populated regions would be hit the hardest and evacuation of over 100 million people would be impossible, and even if it was, there would be no unaffected region to send the evacuees – other than the FEMA camps.

Prepare yourself, because the mere fact that this government document exists could mean that there is something we don’t know.

TLB republished this article by Mac Slavo which appeared at SHTFplan.com

Copyright SHTFplan and Mac Slavo. This content may be freely reproduced in full or in part in digital form with full attribution to the author and a link to www.shtfplan.com. Please contact us for permission to reproduce this content in other media formats.