At least two sources are confirming that a Grand Jury has been called to decide if there is enough evidence to indict four FBI HRT team members in the coverup of LaVoy Finicum, who was shot and killed on January 26, 2016 by Oregon State Police.

Guerilla Media Network received information 10 days ago that a Grand Jury had been called to decide if there was enough evidence concerning a coverup by “FBI HRT” Team Members on the ground in Burns Oregon, to formally charge them with a crime.  Members of HRT, (Hostage Rescue Team) have been accused of shooting at LaVoy Finicum as he exited his vehicle on January 26, 2016 with his hands in the air.

Legal sources in Portland told GMN that they were aware the Grand Jury had been convened but did not have information about an actual indictment, at the time the information was passed down to us.

GMN went on to report that Bob Powell of The Truth is Viral stated that he confirmed with sources at the Justice Department that an indictment may soon come against the 4 agents involved in the coverup.

“In all there were 4 shots fired at Mr. Finicum by these rouge agents, before and after he exited his truck,” Powell said.

Finicum’s widow, Jeanette Finicum, also confirmed that she had heard about the convening of the Grand Jury as well. She has also filed a wrongful death lawsuit against Oregon State Police and called on American Patriots to stand against the growing tyranny of the central government.

“I’ll believe it – When I see it,” said Mrs. Finicum on Wednesday.

Though the Oregon State Police were apparently responsible for actually shooting Finicum to death, the FBI claimed to investigate several of their agents concerning failing to report that they fired shots at Finicum and his vehicle. They apparently disposed of the bullet casings as well.

Listen to Bob Powell’s report on what is taking place. 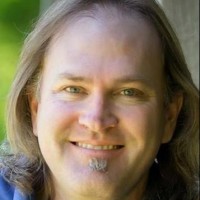 About the Author: Tim Brown is an author and Editor at FreedomOutpost.com, SonsOfLibertyMedia.com,GunsInTheNews.com and TheWashingtonStandard.com. He is husband to his “more precious than rubies” wife, father of 10 “mighty arrows”, jack of all trades, Christian and lover of liberty. He resides in the U.S. occupied Great State of South Carolina. Tim is also an affiliate for the Joshua Mark 5 AR/AK hybrid semi-automatic rifle. Follow Tim on Twitter.

Why Is The Federal Government Installing Mysterious Boxes On Utility Poles?