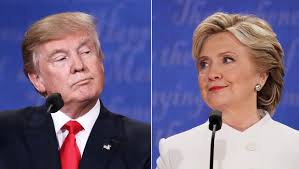 Failed presidential candidate Hillary Clinton slammed her erstwhile rival US President Donald Trump for his criticism of a judge’s apparent political bias, but her choice of words triggered a volley of attacks on social media.

Clinton accused Trump of “intimidating judges” in response to his tweet contrasting the Obama-appointed Judge Amy Berman Jackson’s decision to put former Trump campaign chair Paul Manafort in solitary confinement with her dismissal of a Benghazi-related lawsuit against Clinton.

Do you realize intimidating judges is the behavior of failed-state fascists? Just asking! https://t.co/kcEzirsGUF

But it was Clinton’s odd choice of words and weirdly flippant tone – “Do you realize intimidating judges is the behavior of failed-state fascists? Just asking!” – that opened the floodgates.

Surely, the tweeting masses suggested, few knew better about such behavior than Clinton.

She is so bad at everything pic.twitter.com/R6zYoYfbFF

but do turning other nation states into slave markets next

before any one thinks your tweet makes you a decent human

Some went digging in her closet for other skeletons.

Hillary…do you realize that intimidating & bullying your husband’s sexual abuse victims is the behavior of an evil, power hungry, psychopath?

At least they aren’t being “suicided” 🙄🙄

Others let loose their fantasies about what Clinton’s day in court – or the court of public opinion – might look like.

Some stuck up for Clinton, of course – even suggesting they could somehow impeach Trump, again.

Four Department of Justice prosecutors resigned on Tuesday after the department officially withdrew the sentencing recommendation for former Trump adviser Roger Stone that they had submitted. The Department admitted in a statement deferring to the court that seven to nine years for lying to Congress and a handful of other process crimes “could be considered excessive and unwarranted.” While Trump had complained about the proposed sentence, he denied having anything to do with its retraction – insisting at the same time he had the authority to order it.

Jackson, the judge reported to be presiding over Stone’s sentencing later this month, sentenced Manafort to a total of 73 months in prison on fraud and conspiracy charges last March, accusing him of lacking remorse for a life spent “gaming the system.” The former lobbyist’s lawyers questioned the utility of such a sentence, pointing out that Manafort’s crimes had nothing to do with the vaunted “Russian collusion” being investigated by the special counsel probe and pointing out that the previous judge had agreed Manafort lived an “otherwise blameless life.”

Jackson was more understanding in her evaluation of Clinton’s responsibility for the 2012 attack on the US compound in Benghazi. In her decision to dismiss a lawsuit against the former Secretary of State by parents of two men killed in the attack, she declared that Clinton’s use of a private email server played no role in the failure to save the victims.