A video of National Guardsmen in Georgia rocking out to a ubiquitous dance song from the 90s has caused discomfort among observers, who have described the gimmick as a way of making military-enforced curfews more palatable.

A line of soldiers was spotted dancing the Macarena in downtown Atlanta just minutes before the city’s 8pm curfew went into effect on Friday. The unorthodox military formation seemed to have charmed nearby protesters and local media, with some bystanders joining in with the dance routine. Footage shows the troops flawlessly executing the hand gestures, leg movements and thrusts that go along with the 90s dance hit.

Countdown to curfew in Atlanta pic.twitter.com/vvITsNMSdB

A local Fox affiliate gushed about the stunt, hailing it as “much-needed levity” as the city reels from days of protests – some of which have descended into rioting and looting. But the response on social media was far more critical. “The soundtrack for the military industrial complex is… The Macarena?”asked Melissa Murray, a professor at the NYU School of Law.

Others argued that the dance routine was “normalizing” the militarization of city streets.

This is a psychological operation designed to compel the protesters to abide by curfew. It’s the same tactic US military psyop officers used in Iraq on children. pic.twitter.com/6Np6apB53l 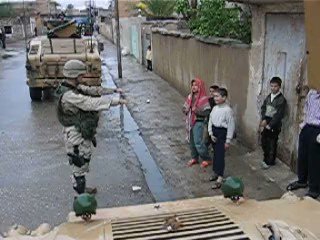 The deployment of National Guard units in more than a dozen states has caused both alarm and relief. US President Donald Trump has repeatedly warned that he will deploy US troops if cities fail to stop looting and restore order amid ongoing anti-racism protests.

Activist Candace Owens: “Here’s A Fact to Check Out”

Can Mans Best Friend Sniff Out Up To 97 Percent Of Cancer In Humans?