“He has put America first, just as he said he would,” the endorsement states.

The Pittsburgh Post-Gazette endorsed Donald Trump, marking the first time since 1972 that the outlet has backed a Republican presidential candidate.

The move comes as Democratic presidential nominee Joe Biden currently leads President Trump by four points in the key battleground state of Pennsylvania, according to the RealClearPolitics poll average.

While the editorial board pointed to issues such as the economy, it also tempered its support with criticism of President Trump.

“We share the embarrassment of millions of Americans who are disturbed by the president’s unpresidential manners and character — his rudeness and put-downs and bragging and bending of the truth,” the board said about the Republican incumbent.

In addition to the economy, they cited Trump’s appointment of originalist Supreme Court justices and the issue of trade as some of the reasons for their support of Trump’s reelection bid.

“He has moved the debate, in both parties, from free trade, totally unfettered, to managed, or fair, trade,” they wrote. “He has put America first, just as he said he would.”

The endorsement included criticism of the Democratic ticket, which it said would supply “higher taxes and a nanny state” and “softness on China”, which Mr. Trump understands is our enemy.” 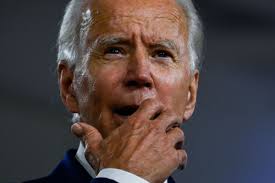 “Mr. Biden is too old for the job, and fragile,” the board wrote. “There is a very real chance he will not make it through the term. Mr. Trump is also too old but seemingly robust. But in Mike Pence, Mr. Trump has a vice president ready to take over, if need be. He is a safe pair of hands. Sen. Kamala Harris gives no evidence of being ready to be president.”

President Trump ahead by seven points in Iowa according to poll

Journalist: NBC ‘Intimidated Me on Behalf of the DNC’

‘Medical Heretics’ and the Silencing of Dissent