The Art of the Flank: India and Other Asian Nations Join the Polar Silk Road

The best partnerships occur when all participants have special talents to bring to the relationship which makes a whole more powerful than the sum of its parts. This is the beauty of the multipolar alliance formed by Vladimir Putin, Xi Jinping and a growing array of Asian, African and South American statesmen in recent years.

When it became evident that the regime change wars that grew out of 9/11 were not merely driven by oil profits but were rather designed to prevent the possible formation of an alliance of Eurasian nations, a counter-offensive was adopted by those targeted Eurasian powers to ensure their survival and international stability. This counter-offensive was driven by the incredible alliance of Russia and China, who together had the combined talents of Russia’s extraordinary military/intelligence capabilities 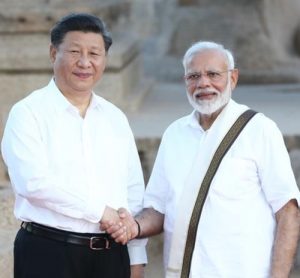 While certain Asian nations had been positioned by western geopoliticians to be anti-China, other nations under the NATO cage were forced to be anti-Russia. With the surprise Russia-China partnership, moves to unwind impossible knots of conflict threatening WWIII have begun to come unwound. Xi’s current visit to India is just one of many examples made possible by the flanking maneuvers created by the great alliance.

The importance of India and Japan’s participation in the 5th Eastern Economic Forum from September 4-6 in Vladivostok, Russia can only be appreciated by recognizing this cooperative strategy between Russia and China. Both nations have recently transformed the ambitious development plans of Russia’s Far East and Arctic region into a Polar Silk Road – bringing the BRI into Russia’s Arctic.

The fact that India was able to integrate its destiny into this emerging Polar Silk Road is vitally important for the future of international affairs, as President Modi was welcomed as Russia’s guest of honor. This visit ended with a historic 81 point joint statement with President Putin, solidifying cooperation in nuclear development, space technology, telecommunications, AI, nanotechnology, as well as Russia’s participation in major Indian infrastructure and India’s investment into Russia’s Far East and Arctic infrastructure. The International North-South Transport Corridor was high on the agenda, as was an increased building up of the Shanghai Cooperation Organization as “an equal and indivisible security architecture in Asia and the Pacific region”. Putin beautifully stated that both nations have “similar civilizational values” and similar approaches to the“fundamental issues of development and economic progress”.

Echoing Putin’s message of multipolar cooperation, Modi said “by declaring the development of the Russian Far East a ‘national priority for the 21stcentury’, President Putin has taken a holistic approach towards improving everything ranging from economy, education, health to sports, culture and communication”.

As the Indian president spoke these words, a $1 billion USD line of credit was offered by India for Russia’s Far East development, adding to the $7 billion USD currently invested by Indian firms in Russian oil and gas.

This incredible unification of interests between Russia and India on the Polar Silk Road have flanked the fanatics within Modi’s own government who are ideologically committed to an enemy relationship with China due to the latter’s partnership with Pakistan on the China-Pakistan Economic Corridor (CPEC).

While not as dramatic in effect, the Vladivostok meeting was also highlighted by participation of the leaders of Malaysia, Mongolia, and Japan – all of whom have increased their commitments to the Polar Silk Road program and have in the same measure begun to liberate themselves from western manipulation.

For years, Japan has been a problem case in the Asia Pacific due in large measure to a decades-old military treaty with the USA resulting in 50,000 US military personnel, dozens of bases and an anti-China/Russia missile shield hosted in Japan. Fuel has been poured on the flames of conflict with China over the disputed East China Sea (known in Japan as the Senkakus and Diaoyus). Similarly, a Japan-Russian conflict has been kept hot over decades due to Japan’s claims over ownership of its “Northern Territories” which in Russia are dubbed the “Kuril Islands”. Of course, Russia has made clear that it is willing to give those territories to Japan in accord with a 1956 Joint Declaration, but due to Japan’s status as colony of a US military seeking unipolar hegemony around “Full Spectrum Dominance”, it cannot do so, nor can the US accept Japan’s calls to formerly end WWII with Russia. These obstacles aside, progress has been made.

While Japan did not make the dramatic commitments into Russia’s Far East as India did, PM Shinzo 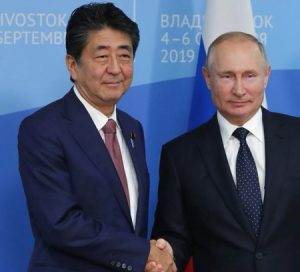 Abe did make headlines when he stated that Russia should be re-introduced in the G8, joining in similar statements recently made by both Emmanuel Macron and President Trump on August 21 in France. President Putin took the opportunity to advance on the theme by saying that not only would Russia accept being re-introduced into the group, but that China, India and Turkey must also become members!

Just two months earlier, Abe applauded the signing of a deal “that facilitates Russia’s efforts to develop the Arctic and ensures stable energy supply to our country”– referring to the Mitsui and JOGMEC oil giant’s participation in the 2nd LNG project in Novatek. Commenting on the LNG-2 deal, Energy Security expert Professor Francesco Sassi of Pisa University recently said that the project “will see an unprecedented level of cooperation between Japanese and Chinese energy companies in one of the most important Russian energy projects of the next decade”.

Lastly, the 9,300 km Trans-Siberian Railroad has increasingly become a part of the BRI carrying goods between the East and West. On July 3rdRussian Railways announced a 100-fold increase in Cargo volume from 3,000 twenty ft units to 300,000 by upgrading and doubling the rail, making this the “main artery for Europe-Japan trade”.

Malaysia Solidifies its Relations with Russia and China

While Malaysia has been pushed by the US Military Industrial Complex to participate in war games while confronting China over disputed territory in the South China Sea, the current President Mahathir 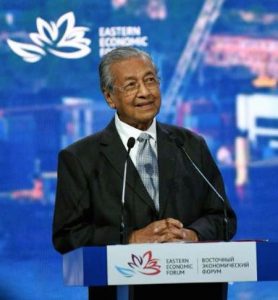 Mohammed has resisted this anti-China stance by calling for increased cooperation on China’s BRI. President Mahathir’s visit to Vladivostok resulted in the creation of a Russian-sponsored Aerospace University in Malaysia and Mahathir’s happy announcement that the Russian Far East will open up new markets for his nation.

On the Aerospace University, Dr. Mahatir stated: “we are very interested in aerospace and engineering. I am confident that the proposal by Russia to set up an aerospace university would not only boost investment but also promote transfer of technology in the sector.”

Mongolia and the New Silk Road

Up until just a few years ago, Mongolia was seriously being courted to join NATO. Canada’s Governor General David Johnson did the most to seduce Mongolia’s leadership, going so far as to praise Genghis Khan as the great civilization builder and true soul of Mongolia that needed to become hegemonic in the Mongolian psyche as the nation joined North Atlantic Alliance.

Luckily, the nation’s leaders recognized the sea change and made the decision to drop the offer (though it still hasn’t managed to join the SCO beyond its current Observer Status). The creation of the China-Mongolia-Russia Economic Corridor in 2016 was a watershed moment which expands heavily upon the Trans-Mongolian Railway and AH-3 Highway Route creating vital links between Russia and China. These projects play heavily into China’s BRI. 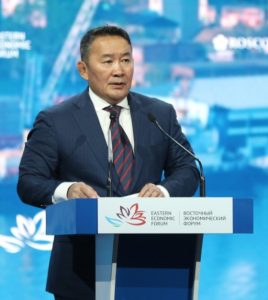 The days before the Vladivostok summit, Putin visited Mongolia where the two nations signed a “Treaty of Friendly Relations and Comprehensive Partnership” to bring “strategic partnership to a whole new level.” Putin announced a joint investment fund and $1.5 billion USD loan which President Battulga announced would be used to build more rail to the Chinese border for coal and mineral exports and the upgrade of the Ulan Bator Railway, which Putin stated “is an important transportation artery for Mongolia”. Since 2017, Russian-Mongolian trade grew by 22%.

In spite of all of this incredible development, US Defense Secretary Mark Esper demonstrated the superhuman disconnection from reality shared among all technocrats and neocons of the west during his August visit to Mongolia where he tried in vain to win the nation over to his imagined anti-Chinese alliance.

The Welfare of Humanity is at the Heart of Everything

Re-stating his concept of the global importance of the new paradigm emerging in Russia’s Far East and its connection with the broader BRI as an international affair for all mankind, President Putin stated “I believe that our brainstorming today at this forum will not only strengthen the efforts of human welfare in the Far East, but also the entirety of mankind.”

This parting thought represents one of the most powerful concepts and sources of creative energy which both fuels the growth of the Belt and Road Initiative and the Polar Silk Road. It is also the core reason why western game theory logicians cannot understand how to beat it (except using the temper tantrum strategy of a toddler wielding nuclear weapons). It is creative and premised on a care for all mankind, whereas technocrats and game theorists operate on the narrow principle of selfishness which cannot generate anything truly creative.

Trump Tweets Japan’s SoftBank Will Invest $50 Billion In The US, Create 50,000 New Jobs

China … and Macron’s U-Turn – have they clued in yet? 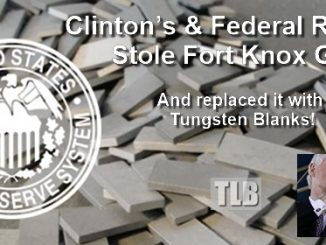