Some of its employees tried to stop their company from doing work they saw as unethical. It blew up in their faces.

Rebecca Rivers, a Google engineer and activist, was fired by the company in November. Bobby Doherty for The New York Times

Laurence Berland had just gotten out of the subway in New York, some 3,000 miles from his desk in San Francisco, when he learned that Google had fired him. It was the Monday before Thanksgiving, and the news came to him, bad-breakup-style, via email. “Following a thorough investigation, the company has found that you committed several acts in violation of Google’s policies,” the note said. It did not elaborate on what he had done to violate these policies.
.

Berland, an engineer (Pictured) who had spent more than a decade at the company, had reason to expect he might be fired. He had been suspended a few weeks earlier after subscribing to the open calendars of several senior Google employees, whom he suspected of meeting with outside consultants to suppress organizing activity at the company. During a subsequent meeting at which he was questioned by Google investigators, he had the feeling that they were pressuring him to say something that could be grounds for termination. Then, the Friday before he was fired, he had spoken at a well-publicized rally of his co-workers outside Google’s San Francisco offices, accusing the company of silencing dissent.
.
Even so, the timing and manner of his dismissal surprised him. “I thought they’d do it when all the media attention died down,” he said. “When the suspensions and the rally were no longer on people’s minds.” Instead, at a moment when the spotlight was shining brightly, Google had escalated — as if to make a point.
.
Berland was one of at least four employees Google fired that day. All four were locked in an ongoing conflict with the company, as they and other activists had stepped forward to denounce both its treatment of workers and its relationship with certain customers, like U.S. Customs and Border Protection.
.
Berland’s terminated colleagues were even more shocked by the turn of events than he was. Rebecca Rivers, a software engineer based in Boulder, Colo., was dismissed over the phone after accessing internal documents. Rivers had only recently come out as transgender and was pursuing a medical transition. “I came out at Google expecting to stay at Google through the entire transition,” she said. “It’s terrifying to think about going to a job interview, because I’m so scared of how other companies treat trans employees.”
. 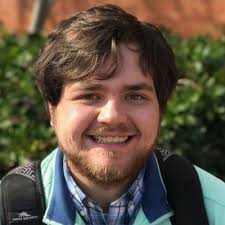 Sophie Waldman and Paul Duke (Pictured), the two other Googlers fired that day, had not received so much as a warning, much less a suspension. Though they had been questioned by corporate security two months earlier about whether they had circulated documents referring to Customs and Border Protection contracts, they had been allowed to continue their work without incident. Waldman, a software developer in Cambridge, Mass., said she was given a 15-minute notice before she was summoned to the meeting where she was fired; Duke, an engineer in New York, said an invitation appeared on his calendar precisely one minute beforehand. Security officials escorted him out of the building without letting him return to his desk.

CORONAVIRUS BIOWEAPON MYSTERY SOLVED: It’s all in the name!

California: Over 100 military and law enforcement, personnel, will be drilling on a mock ‘dirty bomb’ scenario Saturday