The Justice Department is revoking an Obama-era policy that discouraged US attorneys in states where marijuana had been legalized from bringing charges in marijuana-related crimes.

“It is the mission of the Department of Justice to enforce the laws of the United States,” Attorney General Jeff Sessions said in the announcement Thursday. “Therefore, today’s memo on federal marijuana enforcement simply directs all US Attorneys to use previously established prosecutorial principles that provide them all the necessary tools to disrupt criminal organizations, tackle the growing drug crisis, and thwart violent crime across our country.”

The war on drugs didn’t stop drug usage; it just ruined a lot of lives. Jeff Sessions is reviving it because he believes in using the criminal justice system as an instrument of racial and economic control of poor people and brown people. https://splinternews.com/jeff-sessions-plans-to-declare-war-on-legal-weed-1821769356 …

The move is likely to lead to confusion about whether it is legal to grow, buy or use marijuana in states where it has been decriminalized. Long-standing federal laws prohibit the practice, and still classify marijuana it as a Schedule I drug under the Controlled Substances Act, akin to heroin and cocaine. It is considered to have no medical use.

Sessions has been a vocal critic of marijuana legislation, comparing the drug to heroin and blaming it for spikes in violence. He has hinted that he would crack down on the growing cannabis market.

In May, the attorney general sent a letter to congressional leaders requesting they ditch an amendment in the department’s budget that blocks DOJ from using federal money to prevent states “from the implementing their own State laws that authorize the use, distribution, possession or cultivation of medical marijuana.”

Opponents and supporters of legal marijuana Thursday weighed in on news of the action.

Most arrests in the US are for drug possession, and marijuana represents by far the largest share of those arrests, according to the Alliance. The group advocates for policies and attitudes that reduce the harms of both drug use and drug prohibition.

“When [president] Nixon kicked it off, [with] the drug war, and then [Governor] Rockefeller kicked it off statewide, 93% of the people who were going to jail on drug charges, either pot or cocaine, were people of color in the state of New York,” Credico told RT. “That was pretty much the same on the federal level. So these laws are used in the enforcement side of it against poor people and people of color.”

Credico was instrumental in helping to repeal the state’s Rockefeller Drug laws, under which someone caught possessing an ounce of marijuana faced a minimum sentence of 15 years if convicted.

Sessions is closely aligned with the private prison industry, Credico pointed out. The private prison stock price was going down towards the end of the Obama administration’s term, but have since skyrocketed under Trump. Ironically, Credico said, Sessions is also a big states’ rights supporter.

More than 60 percent of Americans support making marijuana use legal, according to a Gallup poll. Twenty-nine states have legalized marijuana for medical use, while eight have legalized the drug outright.

“I don’t know what is going to happen to the dispensaries that have opened up in California,” Credico said. “These eight states can certainly try to block his enforcement in federal court until they get something from the [US] Supreme Court or appellate federal court, which I think they will all do.”

“There is going to be a massive crackdown and a massive backlash in the popularity of this president. Even his reactionary supporters smoke pot,” he added. “This should have been behind us 50 years ago, pot should be legal on a national level.” 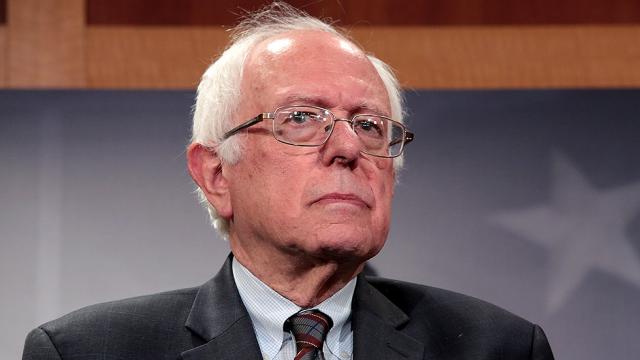 Opponents of legal marijuana celebrated the news that the DOJ will move against the drug.

“It’s pretty clear that the federal policy is going to be that US attorneys will have discretion and the industry can longer hide behind the Cole memo and stay they’re protected,” Kevin Sabet, who worked in Obama’s Office of National Drug Control Policy and now runs the anti-legalization group Smart Approaches to Marijuana told The Hill.“There is an unknown here because we don’t know how this is going to be implemented.”

In 2013, after voters in Colorado and Washington State voted to decriminalize marijuana for recreational use, the Justice Department deliberated about how to handle the contradictions between state and federal law.

The Obama administration decided not to sue such states, and the Justice Department issued a policy memorandum – the “Cole Memo” – to federal prosecutors to de-prioritize marijuana-related prosecutions in such states, unless it involved sales to children or gang-related activity.

Legalization has led to a booming marijuana business in some states, where wealthy growers and even hedge funds have invested millions of dollars in production and sales. Some industry analysts have estimated the North American cannabis market at $10 billion in annual sales.

TLB published this article by Luiz Rampelotto / Global Look Press from where at appeared at RT News America.

Cannabis Can End The Use of Prescription Pain Killers