Whistleblower and DNC Contractor Visited Obama WH. It Must Be Investigated.

Last week Real Clear Investigation’s first reported the whistleblower’s name. It is allegedly CIA officer Eric Ciaramella. His name, however, has been floating around Washington D.C. since the leak of Trump’s phone call. It was considered an ‘open secret’ until reporter Paul Sperry published his article. Ciaramella has never openly stated that he is the whistleblower and most news outlets are not reporting his name publicly. 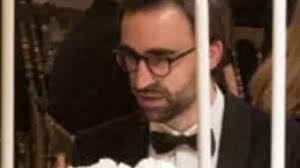 He was detailed to the National Security Counsel during the Obama Administration in 2015 and was allegedly sent back to the CIA in 2017, after a number of people within the Trump White House suspected him of leaking information to the press, according to several sources that spoke with SaraACarter.com.

Further, the detailed visitor logs reveal that a Ukrainian expert Alexandra Chalupa, a contractor that was hired by the Democratic National Committee during the 2016 election, visited the White House 27 times.

Chalupa allegedly coordinated with the Ukrainians to investigate then candidate Trump and his former campaign manager Paul Manafort. Manafort was forced out of his short tenure as campaign manager for Trump when stories circulated regarding business dealings with Ukrainian officials. Manafort was later investigated and convicted by a jury on much lesser charges then originally set forth by Robert Mueller’s Special Counsel investigation. He was given 47 months in prison for basically failing to pay appropriate taxes and committing bank fraud.

Both Ciaramella and Chalupa are of interest to Republican’s investigating the what some conservatives have described as the second Trump ‘witch-hunt.’ And many have called for the whistleblower to testify to Congress.

They are absolutely correct and within the law. There is so much information and evidence that reveals that this was no ordinary whistleblower complaint but one that may have been based on highly partisan actions targeting Trump.

Here’s just one example: Ranking member of the House Intelligence Committee Devin Nunes said its impossible to have a fair impeachment inquiry without the testimony of the alleged whistleblower because he is a ‘fact foundational witness’ who had met with Intelligence Committee Chairman Adam Schiff, D-CA, previously. Schiff had originally denied that he had any contact with his committee and then had to walk back his statements when it was revealed that the whistleblower had met with the Democrats prior to filing his complaint to the Intelligence Inspector General about the President.

BOTH MR. CIARAMELLA AND MS. CHALUPA SHOULD BE QUESTIONED ABOUT THE MEETINGS DOCUMENTED IN THESE VISITOR LOGS, TOM FITTON

Judicial Watch President Tom Fitton, said the visitor logs reveal that there is much lawmakers or the American public don’t know about what happened during the 2016 presidential elections and moreover it raises very significant questions about the apparent partisan nature of the whistleblower.

“Judicial Watch’s analysis of Obama White House visitor logs raises additional questions about the Obama administration, Ukraine and the related impeachment scheme targeting President Trump,” said Fitton, in a press release Friday. “Both Mr. Ciaramella and Ms. Chalupa should be questioned about the meetings documented in these visitor logs.”

Read Below From Judicial Watch

The White House visitor logs revealed the following individuals met with Eric Ciaramella while he was detailed to the Obama White House:

The Hill reported that in April 2016, during the U.S. presidential race, the U.S. Embassy under Obama in Kiev, “took the rare step of trying to press the Ukrainian government to back off its investigation of both the U.S. aid and (AntAC).”

On March 7, 2019, The Associated Press reported that the then-U.S. ambassador to Ukraine, Marie Yovanovitch called for him to be fired.

On June 29, 2018, Foreign Policy reported that Melville resigned in protest of Trump.

(Judicial Watch has previously uncovered documents revealing Nuland had an extensive involvement with Clinton-funded dossier. Judicial Watch also released documents revealing that Nuland was involved in the Obama State Department’s “urgent” gathering of classified Russia investigation information and disseminating it to members of Congress within hours of Trump taking office.) 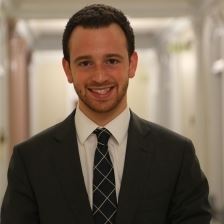 Mayerson was previously an intern at the Center for American Progress. After leaving the Obama administration, he went to work for the City of Chicago Treasurer’s office.

Mayerson met with Chalupa and Amanda Stone, who was the White House deputy director of technology, on January 11, 2016.

On May 4, 2016, Chalupa emailed DNC official Luis Miranda to inform him that she had spoken to investigative journalists about Paul Manafort in Ukraine.

(TLB) published this article from Sara Carter’s blog, with our sincere thank’s for the research and reporting on this important issue.

More about Whistleblowers from The Liberty Beacon

A Message of Appreciation & Motivation From TLB

The U.S. and China: Why the Sudden Convergence on North Korea?