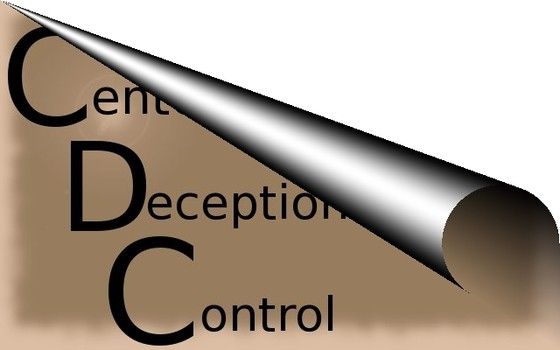 WATCHUNG, NJ–(Marketwired – August 18, 2014) – A top research scientist working for the Centers for Disease Control and Prevention (CDC) played a key role in helping Dr. Brian Hooker of the Focus Autism Foundation uncover data manipulation by the CDC that obscured a higher incidence of autism in African-American boys. The whistleblower came to the attention of Hooker, a PhD in biochemical engineering, after he had made a Freedom of Information Act (FOIA) request for original data on the DeStefano et al MMR (measles, mumps, rubella) and autism study.

According to Dr. Hooker, the CDC whistleblower informant — who wishes to remain anonymous — guided him to evidence that a statistically significant relationship between the age the MMR vaccine was first given and autism incidence in African-American boys was hidden by CDC researchers. After data were gathered on 2,583 children living in Atlanta, Georgia who were born between 1986 and 1993, CDC researchers excluded children that did not have a valid State of Georgia birth certificate — reducing the sample size being studied by 41%. Hooker explains that by introducing this arbitrary criteria into the analysis, the cohort size was sharply reduced, eliminating the statistical power of the findings and negating the strong MMR-autism link in African American boys.

Dr. Hooker has worked closely with the CDC whistleblower, and he viewed highly sensitive documents related to the study via Congressional request from U.S. Representative Darrell Issa, Chairman of the House Oversight and Government Reform Committee. The CDC documents from Congress and discussions that Hooker had with the whistleblower reveal widespread manipulation of scientific data and top-down pressure on CDC scientists to support fraudulent application of government policies on vaccine safety. Based on raw data used in the 2004 DeStefano et al study obtained under FOIA, Dr. Hooker found that the link between MMR vaccination and autism in African-American boys was obscured by the introduction of irrelevant and unnecessary birth certificate criteria — ostensibly to reduce the size of the study.

The results of the original study first appeared in the journal Pediatrics which receives financial support from vaccine makers via advertising and direct donations, according to a CBS News report. The DeStefano et al study is widely used by the CDC and other public health organizations to dismiss any link between vaccines and autism — a neurological disorder on the rise.

Dr. Hooker stated “The CDC knew about the relationship between the age of first MMR vaccine and autism incidence in African-American boys as early as 2003, but chose to cover it up.” The whistleblower confirmed this.

When asked if there could be any scientific basis for excluding children born outside of Georgia, Hooker responded, “I know of none, and none has been provided by the authors of the DeStefano study.” He added, “The exclusion is reminiscent of tactics historically used to deprive African-Americans of the vote by requiring valid birth certificates.”

Dr. Hooker concluded further study is needed to determine why this specific effect (3.4-fold increase when MMR is administered prior to 36 months) is seen exclusively in African-American males, and determine whether delaying the first MMR vaccination should be advised for this population. A link between the MMR vaccine and autism has been conceded in cases compensated by the National Vaccine Injury Compensation Program.

The CDC whistleblower informant, who has worked for the government agency for over a decade, remarked to Dr. Hooker in phone calls: “We’ve missed ten years of research because the CDC is so paralyzed right now by anything related to autism. They’re not doing what they should be doing because they’re afraid to look for things that might be associated.” The whistleblower alleges criminal wrongdoing of his supervisors, and he expressed deep regret about his role in helping the CDC hide data.

According to David Lewis, PhD, former senior-level microbiologist with the U.S. EPA’s Office of Research & Development, skewing scientific data to support government policies is a major problem at federal agencies, including EPA, CDC, and USDA. Lewis, who was terminated by EPA for publishing papers in Nature that questioned the science the agency uses to support certain regulations, believes top-down pressure on federal scientists and researchers working on government-funded projects in academia is jeopardizing public health.

“Working for the government is no different than working for corporations. You either toe the line or find yourself looking for another way to make a living,” Lewis says. “No one would be surprised if Merck published unreliable data supporting the safety of its products. Why would anyone be surprised that the CDC is publishing skewed data to conclude that the vaccines it recommends are safe? We need a better system, where scientists are free to be honest.”

The Focus Autism Foundation is dedicated to providing information to the public that exposes the cause or causes of the autism epidemic and the rise of chronic illness — focusing on the role of vaccinations. Learn more at www.Focusautism.org 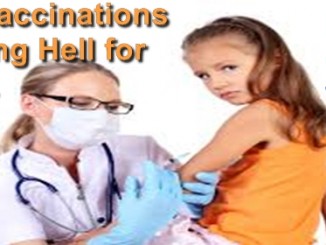 Not Even Half of American Teens Finish Their HPV Vaccine Series