This Is Big Pharma: The Real Prescription!

Why are large pharmaceutical companies (Big Pharma) with a proven tainted and even dangerous track record, permitted by our (so called) health (protection) agencies, FDA, CDC, USDA, to conduct their own safety studies on drugs and vaccines … studies never properly verified by said agencies who’s mandate is to protect you and me?

Why are so many Big Pharma drugs approved as safe for our use by the Food and Drug Administration (FDA), only to cause massive harm up to and including many deaths, before they are recalled … but only after said companies have raked in huge profits?

When the insignificant penalties levied against these companies in the name of poor science or study results, are merely considered the cost of doing business and even factored into the manufacturing and profit equation … corruption has been taken to an entirely new level!

Why is the irrefutable proof that Big Pharma vaccines are causing untold suffering, numerous, cognitive and physiological dysfunctions and even death, hidden or destroyed by the Centers for Disease Control and Prevention (CDC) in order to keep these facts from a seriously or massively afflicted public?

Today America is the sickest society on this planet (FACT), and the saddest part of this is … a lot of the responsibility can be tied directly back to …Big Pharma!

Be it the FDA or the CDC (Who’s motto is “Protecting Your health 24/7”) etc…, there is unequivocal proof that it is no longer (and has not been for a very long time) their mission to look out for the health of We The People, and anyone with half a brain can see this!

But that IS the issue isn’t it, because through the severe Drugging, Dumbing Down and poisoning of society, with the complicity of Big Pharma, as it exists today … most can no longer lay claim to a functioning “half a brain”!

How many people do you know that are on psychiatric or psychotropic drugs of one form or another for maladies that run the gambit from mild depression to hyperactivity?

It is estimated that well over seventy million Americans are on mind altering Big Pharma drugs (well over 20% of the entire country’s population and some estimate it approaches 100 million), and the proof that these drugs are doing more damage to these individuals than any possible positive benefits, mounts daily.

Where is the long term scientific peer reviewed proof that these drugs are effective or safe? Why are more of our children put on dangerous drugs at the drop of a hat by psychiatrists, drugs that clearly state a side affect of increased thoughts of suicide … and the child and teenage suicide rate in America is increasing at an alarming rate. 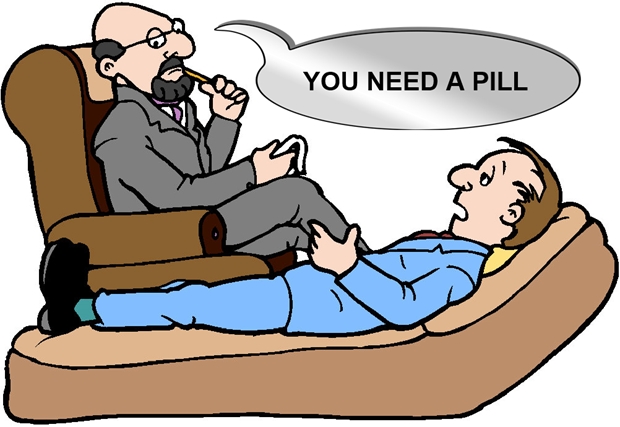 The unholy (but extremely profitable) marriage of Psychiatry and the Big Pharma industry is wreaking havoc on American society, backed by, and enforced (more each day) by, government agencies whose mandate is to protect us … WHY?

Modern medicines, with specific emphasis on pharmaceutical drugs and vaccines, are responsible for more suffering and death over the last century of their massive proliferation, than any war in history! This is not a guess or an exaggeration, it is a statistical fact.

So lets focus our attention on the pharmaceutical drug aspect of this issue, and just who is Big Pharma …

What follows (video and transcript) is a look at Who is Big Pharma, the massive pharmaceutical drug problem, The Drugging of our Children, Generation Rx (massive addictions), the Institutional Corruption of Pharmaceuticals and the Myth of Safe and Effective Drugs.

Fasten your seat-belts for a mind blowing ride …

These 13 Corporations Are “Big Pharma”: Their History, Crimes, and Products

This first video provides insight into exactly who Big Pharma is.

This is a preview to the Era of Wisdom documentary Toddlers on Amphetamine: History of Big Pharma and the Major Players

The full documentary has been inserted below this article/transcript

In our society, we often correlate legality with safety. We use household products, spray pesticides, and religiously consume drugs such as ritalin, adderall, oxycontin, and prozac.

We consume all of this, but how many know who made the drugs, and where the corporations came from? Who produces the chemicals we trust on a daily basis?

These 13 corporations tend to be a blind spot in our understanding of history.

Tens of thousands of American toddlers are being prescribed Amphetamine; a result of this blind spot.

For instance, we have Purdue.

Purdue Pharma was created in 1892 New York. They are arguably responsible for the epidemic of opioid addiction in the United States, producing Hydrocodone, OxyContin, Fentanyl, Codeine, Hydromorphone, and Oxycodone.

Novartis is the world’s largest pharmaceutical corporation by revenue, headquartered in Basel, Switzerland, a 1996 merger between Ciba-Geigy and Sandoz.

Novartis is responsible for many drugs, from Ritalin to LSD.

Novartis has a long criminal record. They are known for animal cruelty, from drilling the heads of cats open, to experimenting on primates.

Sandoz polluted the Rhine River in the 1986 Sandoz Chemical Spill.

Eli Lily was created in 1876 Indianapolis. They are responsible for Prozac, anti-psychotics, cancer causing bovine growth hormones in cows, and cancer drugs to treat the cancer they may have given people through IGF-1, a product of rBGH-treated cows.

The Nuremberg Trials of Nazi Germany produced three corporations on this list: German chemical cartel IG Farben was split into Bayer, BASF, and Hoechst (currently Sanofi). IG Farben was Hitler’s largest financial backer, and was vital to the extermination of millions in Auschwitz, supplying the poison gas and more.

Bayer merged into IG Farben Trust in December 1925, to become Bayer again after the Nuremberg trials.

Today, Bayer is known for giving thousands of children AIDS through tainted hemophiliac medicine, while internal documents prove they knew it was contaminated.

Bayer bought Monsanto in 2016 to create the world’s largest seed and pesticide company.

Oh, and they also made Aspirin.

Sanofi, who absorbed Hoechst from IG Farben, is the world’s largest manufacturer of vaccines. They also produce the allergy medicine Allegra.

Severe psychosis in a BBC reporter following Sanofi’s Yellow Fever vaccine is just the tip of the iceberg with this corporation.

BASF was another product of IG Farben. Unphased by the Nuremberg Trials, today they are the world’s largest chemical corporation. They produce raw materials for pharmaceuticals, plastics, GM seeds, and more.

Johnson & Johnson is a household name, known for Spenda, Bandaids, and baby powder. Unfortunately their famous talcum powder actually causes ovarian cancer, and they were forced to pay 72 million dollars to a woman who used their product religiously and got cancer.

Margaret Hamburg held the highest office at the FDA, commissioner, from 2009- 2015. She ensured Johnson & Johnson’s profits through minimal regulation, to ensure the profits of her husband’s hedge fund Renaissance Technologies, owning a large stake in J&J.

Hamburg’s father was president of Carnegie Corporation: both father and mother served as directors of the American Eugenics Society.

Toddlers on Amphetamine: History of Big Pharma and the Major Players provides insight into this blind spot of historical understanding.

(Link to image credits and sources)

The attached transcript These 13 Corporations Are “Big Pharma”: Their History, Crimes, and Products is free and open source, and is republished here with permission and attribution to Era of Wisdom.

About the Author: Roger Landry (TLB) spent about three decades of his adult life either in, or working for the military, with about two decades working directly for the Military Industrial Complex facilitating DOD contracts. His awakening to Political, Economic, and Health realities was less than ten short years ago. Since that time he has founded The Liberty Beacon Project (TLB) consisting of a half dozen proprietary global websites, media projects such as TLBTV, and partner websites across the planet. He contributes regularly to multiple forums both in and outside of TLB Project. Most of his work can be found on the TLB Flagship website TheLibertyBeacon.com