Read the article and take a close look at the picture? Have you figured out what is wrong yet? The student in the chair is getting what is probably his third MMR shot.

A Purdue student receives a mumps vaccine at a free clinic on the university’s campus. (Article link)  http://wlfi.com/2016/04/18/tippecanoe-county-giving-free-mumps-vaccines/

“WEST LAFAYETTE, Ind. (WLFI) — In the first week of April, five Purdue students were diagnosed with the mumps, which is considered an outbreak. In order to keep the disease from spreading further, a clinic is giving free vaccines on the university’s campus.

The clinic opened at noon Monday. There was a steady flow of patients at France Córdova Recreational Sports Center. Purdue students, faculty and staff are encouraged to get the vaccine, but it was open to anyone.

Purdue senior Mattie White said most students are aware of the outbreak and the university is making sure they know about the free clinic.

“I think it’s really important to get vaccinated. It’s something that’s preventable. If you can come and easily just get a shot, it’s much better than getting the disease and transmitting it to other people. It’s just a better, safer option,” said White.

“This is a great example of how diseases that are preventable by vaccines still do exist. It’s a good reminder that all of us need to remain vigilant and get our vaccines at the appropriate times,” said Adler.

Mumps symptoms are similar to the flu, including neck swelling. If you believe you may have symptoms of mumps, you should isolate yourself from contact with others and seek care as soon as possible.”

As most people in the United States know there has been a nationwide mumps epidemic across college and university campuses. The most startling fact in all of the outbreaks is that that they are occurring in populations that have had two doses of the MMR. (MUMPS MEASLES RUBELLA)

Early reports show mumps on the rise in 2016, including on campuses

“Recent headlines about US college mumps outbreaks appear to herald the start to a busy year for the disease and underscore the ongoing challenges that campuses face.

While mumps hit a low point of 229 cases in 2011, in the past 2 years, the Centers of Disease Control and Prevention (CDC) has recorded more than 1,000 cases annually. In updating its numbers yesterday, the CDC said that, as of Apr 1, public health departments have reported 467 mumps cases already this year.

Although mumps cases have seen a sharp decline since the CDC began recommending a two-dose vaccine prevention plan in 1988, outbreaks are still prevalent, particularly in high-contact social settings like college campuses. Mumps is transmittable through the air or by touching unwashed, contaminated surfaces, and the rising cases bring into question vaccination practices, waning immunity, and college healthcare.

Mumps outbreaks can be difficult to detect at first because doctors are not always thinking about the disease, said Susan Even, MD, executive director of the University of Missouri Student Health Center and chair of the American College Health Association (ACHA)’s Vaccine Preventable Disease Advisory Committee.

Although she thinks that colleges are becoming more vigilant about looking for mumps, the disease is contagious at least 5 days before symptoms appear, and not all students experience or report symptoms.

In 2006, the CDC listed 6,854 mumps cases, with 84% of the cases through October of that year occurring at Midwestern colleges. College-aged people had the highest infection rates, and the most cited reason is because of their close-proximity lifestyle. The ACHA, in a presentation about a 2006 University of Iowa (UI) outbreak, listed parties, sports, dormitories, and travel as risk factors.

Those aspects of college life do not seem to change much, which is perhaps why US colleges have reported cases of mumps this year on Midwest colleges in places like Iowa, Indiana, Ohio, and Wisconsin. Eastern schools like Harvard University (16 cases as of Mar 22) have also had some outbreaks and the University of Texas–Austin reported a case at the end of January.

While outbreaks may seem to center around college campuses, Cristina Cardemil, MD, MPH, a medical epidemiologist in the CDC’s Division of Viral Diseases, points out that various populations, such as children, older adults, and other communities are being affected, too.

Looking at the bigger picture, she said, the number of mumps cases are not exceeding the vaccine success rate, nor is the slight upward trend in cases over the past few years indicative of a growing pattern.

“Even in the best-case scenario where everyone is vaccinated,” Cardemil said, “We’re still going to see a number of mumps cases every year.” A 2014 study in Morbidity and Mortality Weekly Report(MMWR) noted that 91.9% of the U.S. population had received at least one dose of the measles, mumps, and rubella (MMR) vaccine.

One dose of the MMR vaccine affords 78% protection, while two doses provide 88% effectiveness, according to the CDC. The vaccine is the best prevention for mumps, and Even encourages colleges to ask for proof that their students are immunized and not just assume they are.

The CDC recommends that children receive MMR vaccine at 12 through 15 months of age and again at 4 through 6 years of age.

Waning immunity is a difficult question to answer, as many different factors such as vaccination rates (including community pockets with lower-than-average vaccine uptake), dose number, and individual predisposition factor into it, Cardemil said. She added that some studies have supported the idea that mumps immunity dissipates as time goes by, but more studies need to be done for the results to become conclusive. 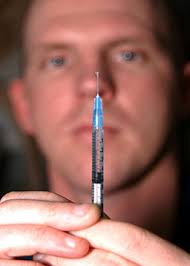 UI is one of a handful of colleges that have used free third doses of MMR as booster shots to prevent mumps spread. More than 5,000 UI students took advantage of the free vaccine during the 2015-16 season, which so far has seen almost 300 mumps cases in Johnson County, most of which were at UI.

Although CDC researchers obtained data about the third dose’s effects, the school has not seen its conclusions, according to Jim Kellogg, the director of The University of Iowa Student Health & Wellness.

The third MMR dose may or may not keep mumps from spreading—the CDC neither recommends for or against it. Cardemil cautions that using that treatment for every outbreak is not practical because of the resources and finances it takes.

In addition to the vaccine booster, UI reached its students through multiple communication platforms to remind them to practice healthy habits and teach them about the symptoms of mumps. Lisa James, RN, MSN, the associate director of UI’s clinical outreach, said that students were slow to “take action” unless a personal acquaintance contracted the disease. For those who did become sick, supportive treatment, pain and fever medication, and an excused isolation period were arranged.

Compared with the 2006 UI outbreak, which involved at least 55 cases, Kellogg said that the campus is now more prepared and able to react quicker because its data tracking was able to show university officials the rising trends that started mid-summer and continued through winter break. James added that the university’s response was bolstered by increased communication with local public health officials.

The CDC strongly encourages that health departments report outbreaks of the mumps, which it lists as a nationally notifiable disease. As both Cardemil and Kellogg state, the college outbreaks are not sequestered to just the campus; mumps patients from the outside infect the college community, and vice versa. (Article link)  http://www.cidrap.umn.edu/news-perspective/2016/04/early-reports-show-mumps-rise-2016-including-campuses

Some colleges have decided to push a third dose of the MMR ignoring the fact that the person receiving the vaccine is probably not immune from dose 1 and 2. I personally feel that the college and university setting is a testing ground to see how comfortable the public is with a third MMR dose.

If this is the case could we see a new wave of adult vaccine injury? Are they over inflating the outbreaks in order to push these vaccine clinics? Merck has strong ties with the CDC and given the fact they killed people with VIOXX and have been accused of fraudulently reporting the effectiveness of the mumps vaccine I would not put anything past them or their partners in crime. (CW)

TLB has other above the fold articles, videos and stories available by clicking on “HOME” at the top of this post. Never miss a new post, sign up for E-Mail alerts at the bottom of the Home page and get a link dropped right to your in-box.

SPOTTING THE TRUTH! 5 Things YOU Can Do To Help Make This Documentary Happen!!!