News Ticker
Preface by Cathy Geibel TLB writer/reporter and Activist
“Water is the new Gold” is a comment I recently heard.  And if you start mapping the number of aquifers Nestle’ and other mega corporations are buying up this appears to be true.  India, Africa, Australia and all over the United States you can find the footprints of this and other corporations.  And all over the world you can see evidence with the tampering of the weather by GeoEngineering.
Below is a quote by Peter Brabeck, CEO of Nestle’ headquartered in Finland.  It is interesting that in this quote he mentions water as being a human right yet in other quotes he is heard saying things contrary to this.  Brabeck, rather, sees water as being a “food stuff” and indeed it is given a market value.  He also can be quoted as saying “Organic is not the best”, and he goes on to say, “After 15 years of eating GM food products in the USA, not one single case of illness has occurred from eating them to date.”  I disagree Mr. Brabeck.  Explain increasing incidence of gluten intolerance.  Wheat is one of the most genetically modified grains there is and highly contaminated with glyphosate.  The incidence of gluten intolerance has statistically risen with the increased consumption of GMO wheat to the point many people are forced to eliminate wheat from their diets completely.  Autoimmune diseases are also rising statistically over the past 15 years of increased GMO food consumption.  As a registered nurse of over 36 years I have been witnessing the steady increase of autoimmune disease.
In our war over water let is also go back and reference the GeoEngineering of the weather and control of the water from the sky.  I believe GeoEngineering will sustain the drought in California until all water rights are transferred to Corporate interest and then the rain and snow will begin to fall.
Control the water, control the food, control the money, control the people.  (CG)
xxx
By Christina Sarich | Underground Reporter
When Nestlé Chairman Peter Brabeck-Letmathe was asked if he believes water is a human right he said that, “Yes, water is a human right, but water isn’t free.” Apparently, if you are a mega-corporation like Nestlé, it comes pretty darned close. 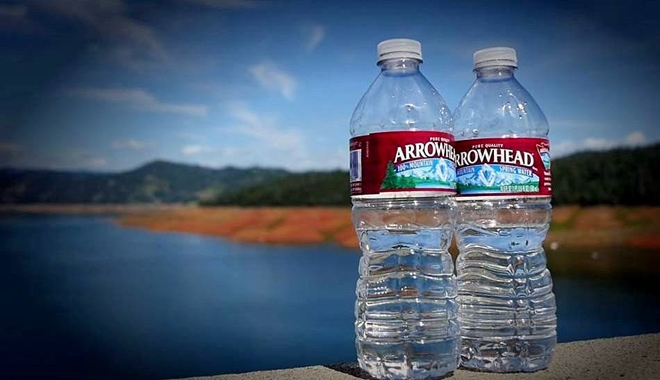 Nestlé has become infamous for trying to privatize water from over 50 springs throughout the United States, though residents in the small towns they monopolize have tried fighting back.

In a recent turn for the worse, a federal judge in California just gave the corporation permission to continue drawing water from the San Bernardino National Forest despite holding a permit that expired in 1988.

Activists were hopeful, that on at least one accession, they could stop Nestlé from taking water from drought-stricken California. The Courage Campaign Institute (CCI), the Center for Biological Diversity (CBD), and the Story of Stuff Project (SSP) launched a lawsuit in 2015 against the U.S. Forest Service for allowing Nestlé to keep drawing water.

Nestlé has fought similar lawsuits in other areas over their habit of taking water. In some cases, states have tried to take down the mega-corporation by accusing them of false advertising. The company bottles water from some sources that are not spring water, but only a municipal supply, then charges unsuspecting customers for the same water they could get out of their taps.

In this case,  a large stainless steel pipeline takes the forest’s water in an environmentally fragile canyon to a holding tank, where it is bottled under the Arrowhead brand, a subsidiary of Nestlé. CCI and CBD maintained in court documents that Nestlé needed an actual permit, not just the application for a permit in order to keep siphoning off water.

In 2015 alone, the corporation withdrew 36 million gallons of water from Strawberry Creek in the National Forest, paying $524 annually for a permit, which National Forest Service officials say is in force, though the permit expired in 1988.

With the new judgment, Nestlé has been given carte blanche to continue pilfering water by the National Forest Service — an institution that is supposed to protect forests, never mind humanity’s right to potable water.

Gary Earney is retired from the forest service, but says he believes Nestlé is trying to corner the market on potable water to sell it.

Michael O’Heaney, executive director of The Story of Stuff, says the license should be considered legally invalid as it has expired, and attests that Nestle is operating with little or no scrutiny.

These groups were hopeful that the federal courts would finally put Nestlé out on their ear, but Nestlé maintains that they have the right to continue withdrawing water because, “The Arrowhead brand has been bottled here for 121 years, based on the most senior water rights under Californian law. These date back before the creation of the San Bernardino National Forest (SBNF). Our current, valid permit with the USFS only relates to a right-of-way that allows our water pipeline to cross forest land.”

The company also suggests that the Forest Service has no authority over their right to extract water from the San Bernardino Forest, and that the “State Water Resources Control Board is exclusively authorized to regulate the state’s surface water.”

Though the company makes billions off of selling a natural resource back to people in plastic bottles that currently choke our oceans, they maintain that they only take 10 percent of the flow at Strawberry Canyon, where their pipeline is located.

Click on the link to find out about our great (WOW) TLBProject Membership package and benefits.

40% of ALL Organic Food Tested Positive for “Prohibited Pesticides” 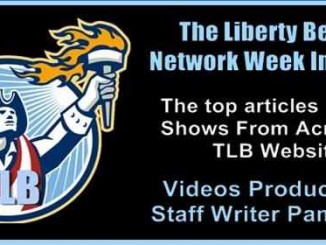