How North Korean Hackers Rob Banks Around the World

They scored $80 million by tricking a network into routing funds to Sri Lanka and the Philippines and then using a “money mule” to pick up the cash.

THE BILLS ARE called supernotes. Their composition is three-quarters cotton and one-quarter linen paper, a challenging combination to produce. Tucked within each note are the requisite red and blue security fibers. The security stripe is exactly where it should be and, upon close inspection, so is the watermark. Ben Franklin’s apprehensive look is perfect, and betrays no indication that the currency, supposedly worth $100, is fake.

Most systems designed to catch forgeries fail to detect the supernotes. The massive counterfeiting effort that produced these bills appears to have lasted decades. Many observers tie the fake bills to North Korea, and some even hold former leader Kim Jong-Il (Pictured here) personally responsible, citing a supposed order he gave in the 1970s, early in his rise to power. Fake hundreds, he reasoned, would simultaneously give the regime much-needed hard currency and undermine the integrity of the US economy. The self-serving fraud was also an attempt at destabilization.

At its peak, the counterfeiting effort apparently yielded at least $15 million per year for the North Korean government, according to the Congressional Research Service. The bills ended up all over the world, allegedly distributed by an aging Irish man and laundered through a small bank in Macau. The North Koreans are believed to have supplemented the forging program with other illicit efforts. These ranged from trafficking opiates and methamphetamines to selling knockoff Viagra and even smuggling parts of endangered animals in secure diplomatic pouches. All told, the Congressional Research Service estimates that the regime at one point netted more than $500 million per year from its criminal activities. 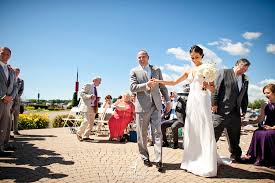 During the first decade of the 2000s, the US made great progress in thwarting North Korea’s illicit behavior, especially its counterfeiting operation. A law enforcement campaign stretching to 130 countries infiltrated the secret trafficking circles and turned up millions of dollars in bogus bills. In one dramatic scene, authorities staged a wedding off the coast of Atlantic City, New Jersey, to lure suspects and arrest them when they showed up.

Other articles about Money from The Liberty Beacon:

Climate Fakery and the Money Trail

GMO Foods Turning Your Intestines Into An Insecticide Factory