The government has propped up the big banks for years through massive, never-ending bailouts and subsidies.

What if we told you that, by our calculations, the largest U.S. banks aren’t really profitable at all? What if the billions of dollars they allegedly earn for their shareholders were almost entirely a gift from U.S. taxpayers?

Lately, economists have tried to pin down exactly how much the subsidy lowers big banks’ borrowing costs. In one relatively thorough effort, two researchers — Kenichi Ueda of the International Monetary Fund and Beatrice Weder di Mauro of the University of Mainz — put the number at about 0.8 percentage point. The discount applies to all their liabilities, including bonds and customer deposits.

Small as it might sound, 0.8 percentage point makes a big difference. Multiplied by the total liabilities of the 10 largest U.S. banks by assets, it amounts to a taxpayer subsidy of $83 billion a year. To put the figure in perspective, it’s tantamount to the government giving the banks about 3 cents of every tax dollar collected.

The top five banks — JPMorgan, Bank of America Corp., Citigroup Inc., Wells Fargo & Co. and Goldman Sachs Group Inc. – – account for $64 billion of the total subsidy, an amount roughly equal to their typical annual profits (see tables for data on individual banks). In other words, the banks occupying the commanding heights of the U.S. financial industry — with almost $9 trillion in assets, more than half the size of the U.S. economy — would just about break even in the absence of corporate welfare. In large part, the profits they report are essentially transfers from taxpayers to their shareholders.

The money hasn’t just gone to the banks shareholders … It has also gone to line the pockets of bank management:

All of the monetary and economic policy of the last 3 years has helped the wealthiest and penalized everyone else. See this, this and this.

“This is the biggest transfer of wealth in history”, as the giant banks have handed their toxic debts from fraudulent activities to the countries and their people.

And economist Dean Baker said in 2009 that the true purpose of the bank rescue plans is “a massive redistribution of wealth to the bank shareholders and their top executives”.

We’ve noted for years that the big banks – including Citi, Wells, Bank of America and the rest – are actually insolvent.

Breaking up the big banks would stabilize the economy … and dramatically increase Main Street’s access to credit.

But the government has chosen the banks over the little guy … dooming both:

The big banks were all insolvent during the 1980s.

And they all became insolvent again in 2008. See this and this.

The bailouts were certainly rammed down our throats under false pretenses.

But here’s the more important point. Paulson and Bernanke falsely stated that the big banks receiving Tarp money were healthy, when they were not. They were insolvent.

Tim Geithner falsely stated that the banks passed some time of an objective stress test but they did not. They were insolvent.

Both the creditors and the debtors were mortally wounded by the 2008 financial crisis. The big banks wouldn’t have survived without trillions in handouts, guarantees, loans, idiot-proof profits courtesy of the government.

The little guy hasn’t been helped since 2008. He has been left to suffer with his life-threatening wounds. See this, this and this.

The government moved the arms and legs of the big banks to pretend they were still alive … and have been doing so ever since. But they were no longer going concerns after they went bust.

The government pumped blood back in these dead banks and turned them into zombies. They will never come back to life in a real sense … they are still zombies, 3 years later.

Many of the world’s leading economists and financial experts say that by choosing creditors over debtors, the government is dooming the economy. See this and this.

The big zombie banks can never come back to life, and – by trying to save them – the government is bleeding out the little guy.

By choosing the big banks over the little guy, the government is dooming both.

Remember, the Federal Reserve has paid banks high interest rates to stash money (their “excess reserves”) with the Fed for the express purpose of preventing loans to Main Street.

And the Fed plans to throw more money at the banks when the Federal Reserve starts to tighten.  As FT reports:

US Federal Reserve officials fear a backlash from paying billions of dollars to commercial banks when the time comes to raise interest rates.

The growth of the Fed’s balance sheet means it could pay $50bn-$75bn a year in interest on bank reserves at the same time as it makes losses and has to stop sending money to the Treasury.

In an interview with the Financial Times, James Bullard, president of the St Louis Fed, said: “If you think of the profitability of the biggest banks, if you’re going to talk about paying them something of the order of $50bn – well that’s more than the entire profits of the largest banks.”

At the moment it only pays 0.25 per cent interest on those reserves. But according to its exit strategy, published in June 2011, the Fed plans to raise interest rates before it sells assets. Interest of 2 per cent on $2.5tn of reserves would run to $50bn a year.

The eventual tightening could lead to substantial amounts being transferred to commercial banks from the Fed, given the amounts of cash they have parked there. Wells Fargo has $97.1bn sitting at the Fed, the largest amount of any bank, ahead of JPMorgan Chase at $88.6bn and Goldman Sachs at $58.7bn, according to an FT analysis of SNL data.

Foreign banks also have a striking amount of cash at the Fed, potentially aggravating the Fed’s PR problem. Analysts at Stone & McCarthy noted recently that there had been a steep increase in foreign banks placing reserves at the Fed and suggested that “US banks may have distaste for the opportunistic arbitrage”, between lower market rates and the interest on reserves, whereas overseas institutions “might not feel encumbered in the same fashion”.

Canada’s TD Bank, Germany’s Deutsche Bank and Switzerland’s UBS each have more than $12bn at the Fed.

And while this post focuses on bailouts and subsidies to big American banks,  a large percentage of the bailouts went to foreign banks (and see this). And so did a huge portion of the money from quantitative easing. More here and here. 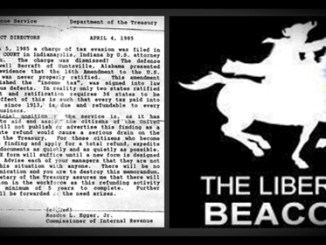 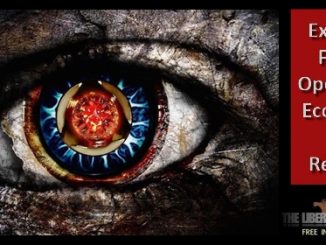 The Real Reasons Why Trump Has Flipped On His Campaign Promises