In the last few years, highly promoted drugs like Vioxx, Bextra, Baycol, Trovan, Meridia, Seldane, Hismanal, Darvon, Mylotarg, Lotronex, Propulsid, phenylpropanolamine (PPA), phenacetin, Raxar and Redux have been withdrawn for safety risks after millions used them. Sorry about that. Others like Avandia, Cylert, Ketek and Xarelto are under serious safety clouds.

But Big Pharma insists it is unaware of drugs’ true risks until a wide swath of the population uses them and “safety signals” emerge. Facts sometimes suggest otherwise.

Years before the label of the antipsychotic Seroquel was changed in 2011 to warn the drug “should be avoided” in combination with at least 12 other medications because of heart risks, at least 99 articles in the U.S. National Library of Medicine linked the drug to “sudden death,”  “QT prolongation” (a heart disturbance that can lead to death), “cardiac arrest” and “death.” In many cases, the Pharma companies “discover” the problems after the drug patent has conveniently expired.

Then there’s Paxil. Paroxetine was a top selling SSRI antidepressant drug for GSK during the “happy pill” craze when Big Pharma was telling everyone they had “depression.” But in 2004, soon after its approval, the New York Attorney General charged that research about the drug published in the Journal of the American Academy of Child and Adolescent Psychiatry (known as “Study 329”) buried the drug’s true risks of suicide in adolescents.

And there were more questions about the research. Former Boston Globe reporter Alison Bass and others reported that the paper was not even written by the 22 doctors and researchers listed as “authors” but by a medical communication company hired by GSK. (Ghostwriting helped make Vioxx, Neurontin, hormone replacement therapy and even the flame retardant chemical deca [Deca-BDE] appear safe, according to published reports.) “You did a superb job with this,” wrote the Paxil paper’s first “author” Martin Keller of Brown University to Sally Laden, a ghostwriter working for Scientific Therapeutics Information. “It is excellent. Enclosed are rather minor changes from me.”

In 2006, “author” Martin Keller, former Professor Emeritus of Psychiatry at Brown, acknowledged that GSK had given him tens of thousands of dollars during and after the time the study was conducted.

Almost fifteen years after the questionable research was published, the furor had not died down. In 2014, two members of the American Academy of Child and Adolescent Psychiatry, Edmund Levin and George Stewart, asked the editor of the Academy’s journal why the discredited paper was still standing and had not been retracted. (A quick look at other scientific papers identified in the press as ghostwritten shows that few are retracted and most are standing, to deceive future generations.)

Then, in September 2015, when many reporters, psychiatrists, researchers and professors had given up the Paxil fight, the British Medical Journal (BMJ) published a reanalysis that amounted to a reversal of the original study. The new research demonstrated that Paxil indeed increases risks of suicide in young people and adolescents.

The reanalysis of Paxil’s suicide risks in the young is a victory for safety activists, medical reporters, the public and freedom of the press. But many pro-pill doctors continue to fight evidence of Paxil’s suicide risks and similar SSRIs. “There is a very reasonable possibility that it has discouraged patients from taking antidepressants and physicians from prescribing these medications [and] the government should rescind the black-box warning on antidepressants altogether,” Richard A. Friedman, a professor of clinical psychiatry at Weill Cornell Medical wrote in the New York Times a month before the Paxil reanalysis.

Martha Rosenberg is an investigative health reporter. She is the author of  Born With A Junk Food Deficiency: How Flaks, Quacks and Hacks Pimp The Public Health (Prometheus). 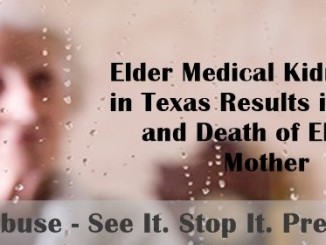